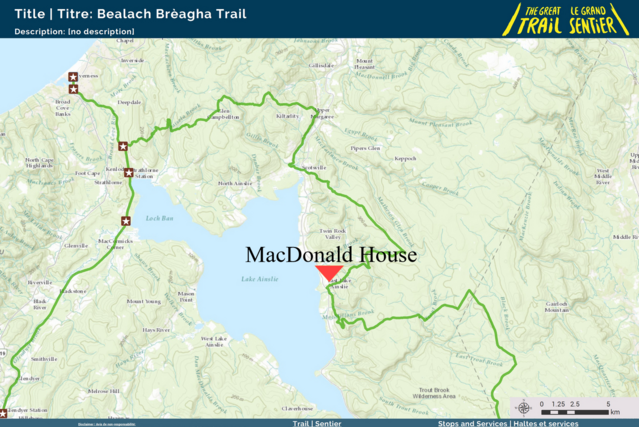 Tuesday to Sunday 10AM to 5PM

We are a member of CanadaHelps.org, a registered charity dedicated to increasing charitable giving across Canada by serving both donors and charities.  Using a secure site, interested donors can give to charities and pay for memberships on-line. 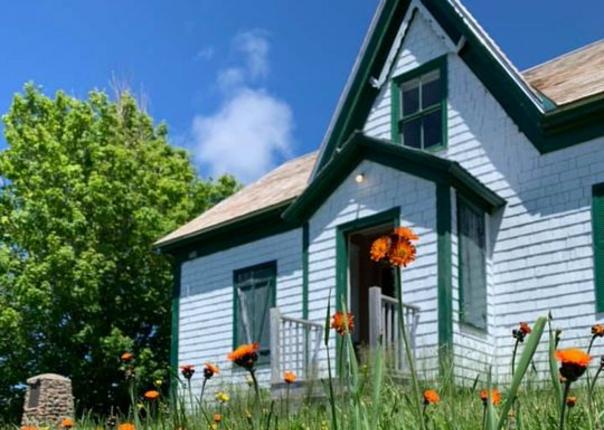 The route begins in Inverness on the 50-km long wilderness trail known as the Bealach Brèagha Lake Ainslie Trail. “Bealach Brèagha” is a Gaelic translation of beautiful mountain pass, re ecting not only the Scottish Gaelic culture and heritage of the area, but attesting to the route’s mountainous passage overlooking Lake Ainslie, Nova Scotia’s largest natural freshwater lake. Passing close to MacDonald House you can access the trail by a path through our woods.  Signage is available to show where you are on the trail map. MacDonald House also offers parking for trail users during the summer months.

Alexander MacDonald, a weaver, left the Isle of Mull in Scotland, and settled in East Lake Ainslie in 1823. The original land grant contained 518 acres. The MacDonald homestead housed a store and post office and was of great importance to the local community in providing news, staples of life and a means for farmers to sell their goods to the growing population of Eastern Canada.

MacDonald House Museum is operated by the Lake Ainslie Historical Society with assistance from the Province of Nova Scotia through the Department of Communities, Culture & Heritage.

Explore our collection on line at Nova Muse